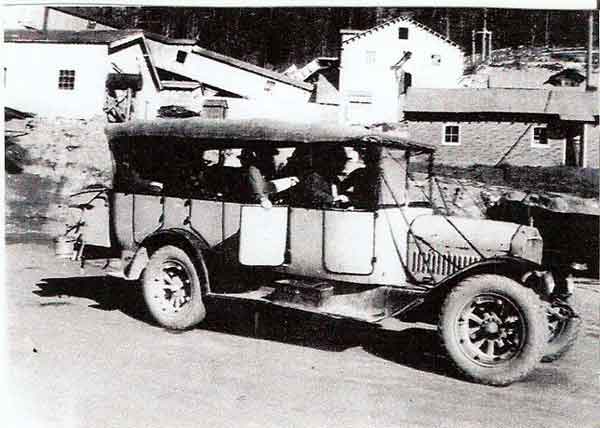 (photo courtesy of Sandy McRae via Ron and Myrna Smith.)

“This bus was a 1917, 11 passenger touring bus, built by the White Motor Company of Cleveland, OH. It had a 4-cylinder engine, a prest-o-lite acetylene lighting system, and four doors on each side. Three doors on the driver’s side were screwed shut for the passenger’s safety. It had a canvas top but did not have side curtains. The bus was not heated. Bradley Mining Company bought one of these vehicles from the Yellowstone Park Transportation Company fleet. The bus was yellow in color and was soon nick named The Yellow Peril. It was used most of the time to convey workers to and from work, and sometimes used as a school bus. I can recall riding it from Fiddle Creek to the school several times. In about 1955 a fellow who lived in Yellow Pine bought the bus from Bradley. After cleaning the plugs and a little priming it started with a few twists of the crank. I followed the guy to Yellow Pine with a car in case he had a break down. The old bus made the trip fine. I don’t recall this man’s name or what happened to the bus after that.” (It is now at Zena Creek Ranch.) 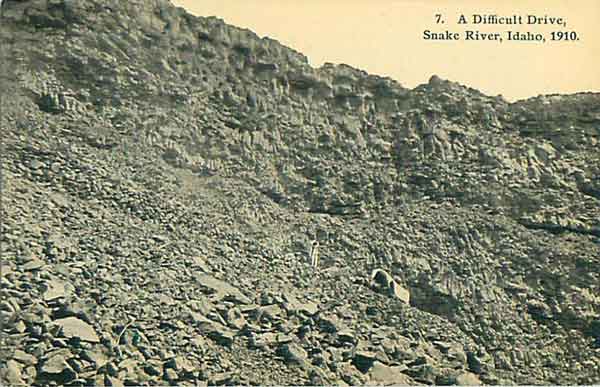 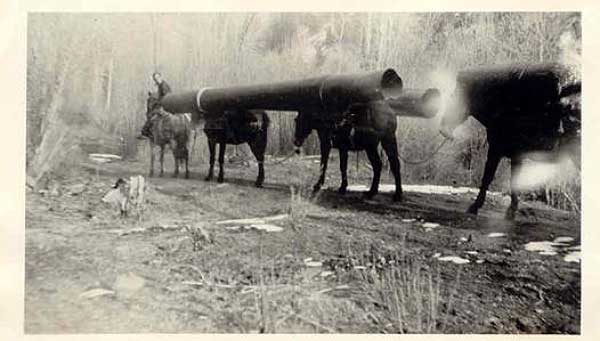 “Don’t know who this was, but it is a good picture of how they used to move pipe and equipment. Bet they had some interesting experiences.” – JMc 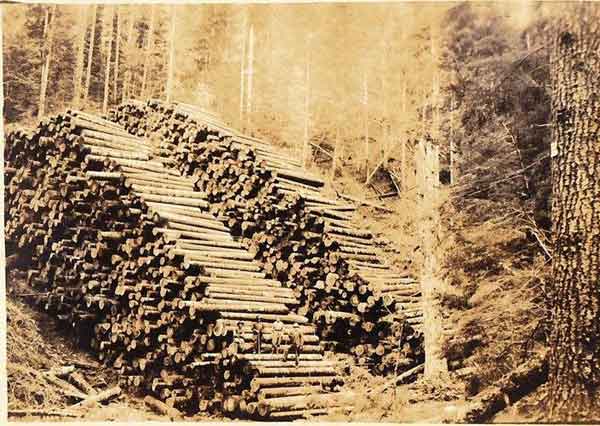 “At first glance, you might not notice them, but there are four woodsmen standing atop the logs, lower left. I believe one of them is my great-great uncle, Dooley Cramp, and the photo was possibly taken near Avery, [Idaho].”