The papers of Cougar Dave Lewis were originally contained in a tin box which he left at his ranch in the care of its new owner Jess Taylor when he left the ranch for the last time in the spring of 1936. In 1969 Jess and Dorothy Taylor gave the papers to the University of Idaho College of Forestry, which in turn donated them to the Library in March 1990. They were processed by Judith Nielsen immediately upon receipt.

A Brief Biography Of David Lewis

Almost nothing is known about the early life of David Lewis. In conversations with Jess Taylor he related a few facts: He served in the Civil War where he was at the Siege of Vicksburg with Wild Bill Hickock. He scouted for Captain Benteen at the Battle of the Little Bighorn, but missed the action. He was also in charge of the ammunition train, consisting of two mules, during the Sheepeater Campaign of 1879.

He found the wilderness of Idaho to his liking and settled in the Big Creek area about 1879, and in 1924 patented a homestead on 65 acres. He built a cabin on Big Creek, a major drainage of the Middle Fork of the Salmon River, about 30 miles from the confluence of the Middle Fork and the Main Salmon, where he lived alone for 50 years, occasionally acting as guide to hunting parties.

In 1910 he was named predatory animal hunter by the Forest Service, a job he held for many years. He had a particular dislike for the cougars in the area and killed over 1,000 in his lifetime, thus earning his name “Cougar Dave.” On occasion he would wrestle a big cat out of a tree, dropping it to his dogs below, no mean feat for a man who stood 5’7″ and weighed only 130 pounds.

Jess Taylor met Dave Lewis in the fall of 1934, and purchased his ranch the following year. Dave stayed with Jess during the winter of 1935/36, but in the spring was anxious to be away. At the age of 93 he left his ranch alone, with his pack horses. He died of pneumonia shortly after reaching the town of Cascade.

In 1969 the University of Idaho bought the Taylor Ranch for use as a wilderness research station. 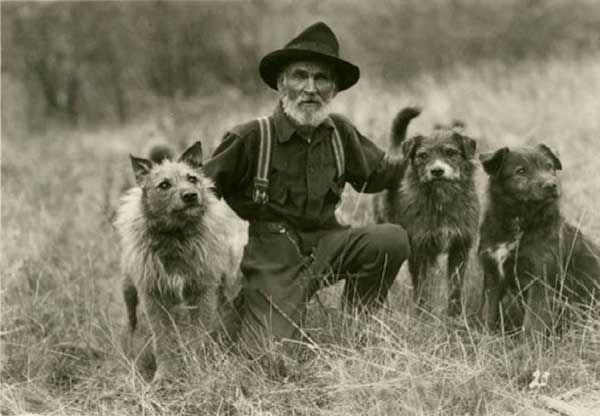 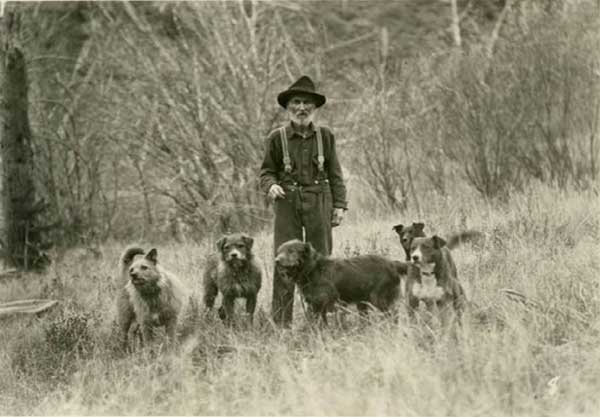 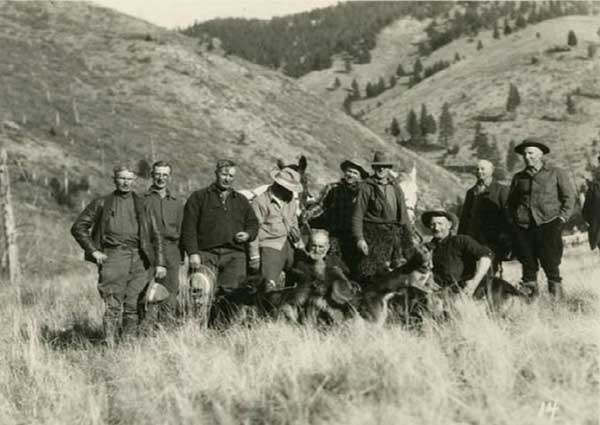 “You know, it has always been a mystery to me to know how all the people you see in a big city like Boise make a living.” said Dave Lewis, who recently went to Boise. He had not been in the capital city since 1878.

Mr. Lewis lives on Big Creek beyond Thunder Mountain country and with the the exception of two years, 1908-10 spent in White Bird, the veteran trapper has not been out of his forest home sine 1900. Tuesday, when he rode from Cascade to Boise, was the third time he had been in a car, having seen one for the first time two years ago.

Newspaper story about author of above book