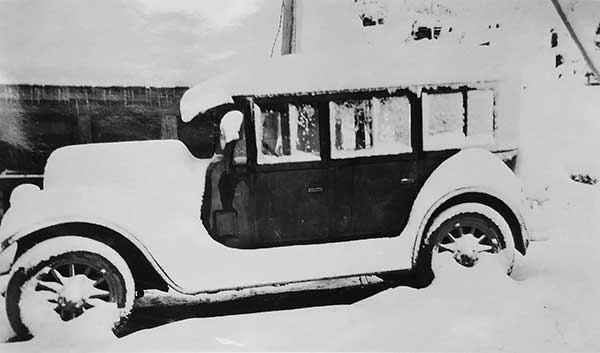 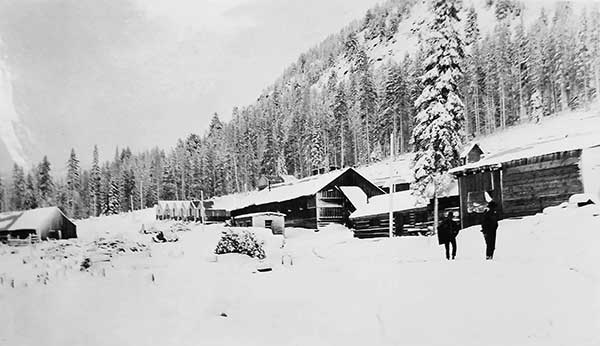 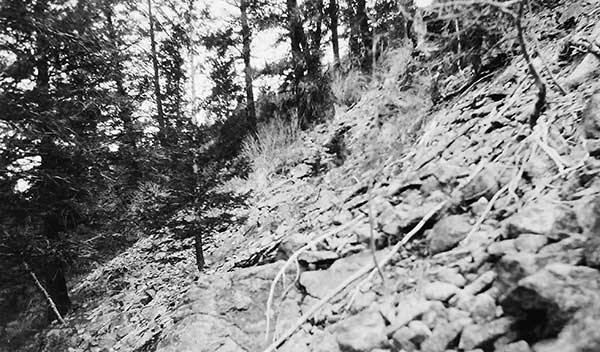 May 1930 – Rock slide over which Redwood Pipe Line Passes 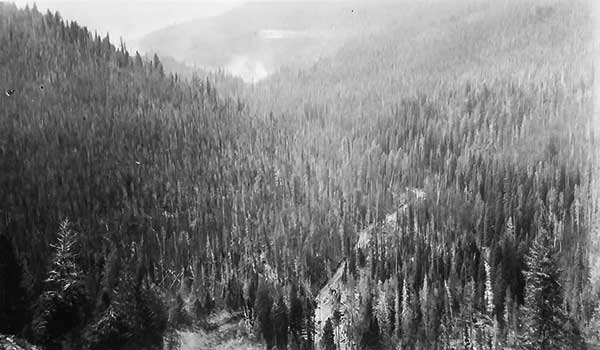 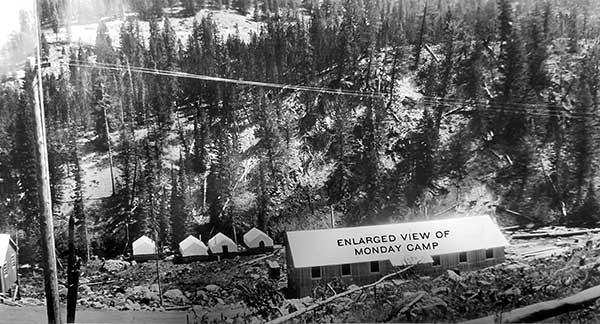 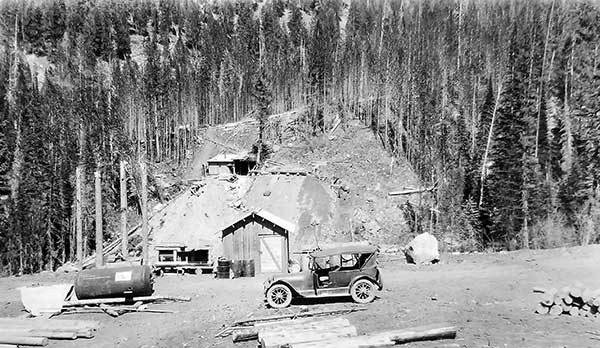 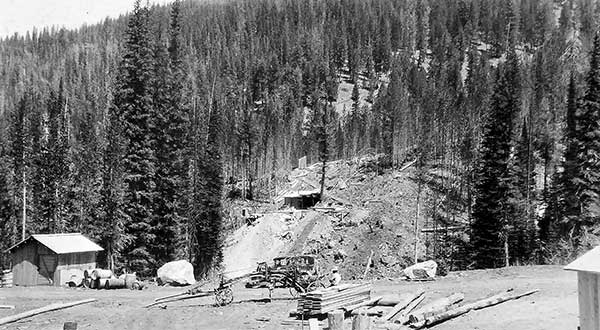 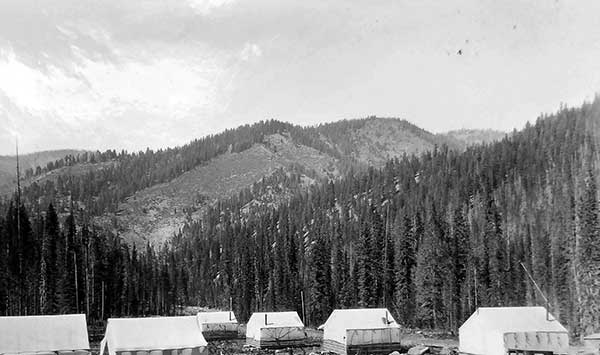 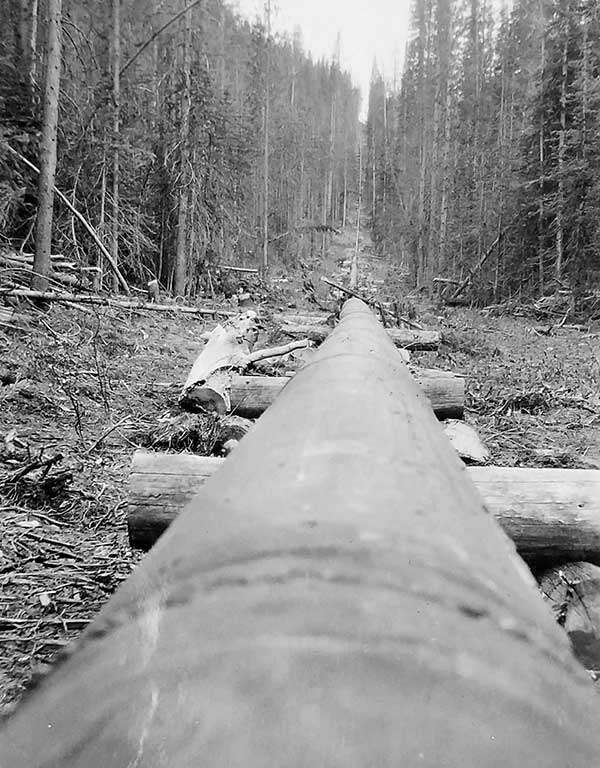 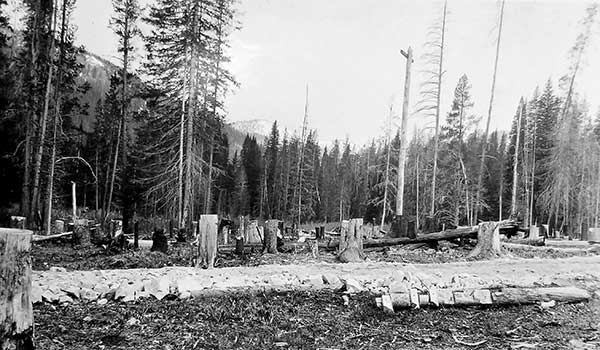 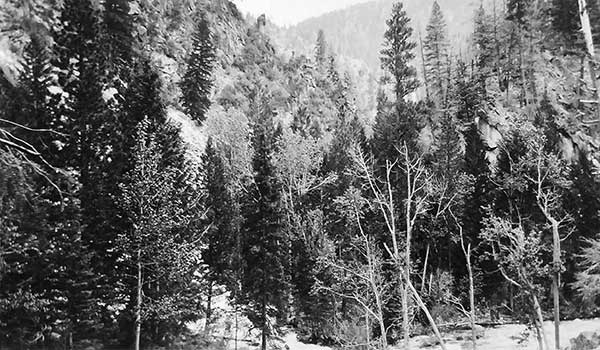 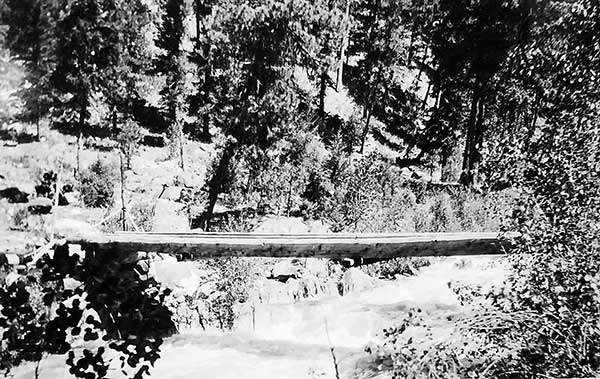 June 1930 – Footbridge over East Fork of the South Fork of Salmon. Government will put on auto bridge here. Below Yellow Pine. 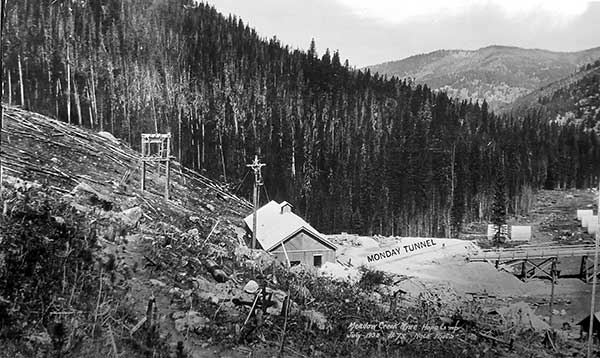 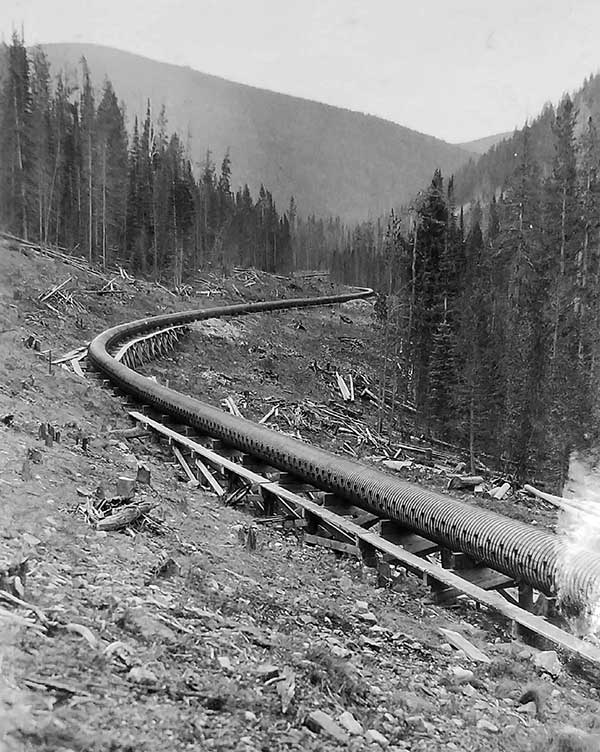 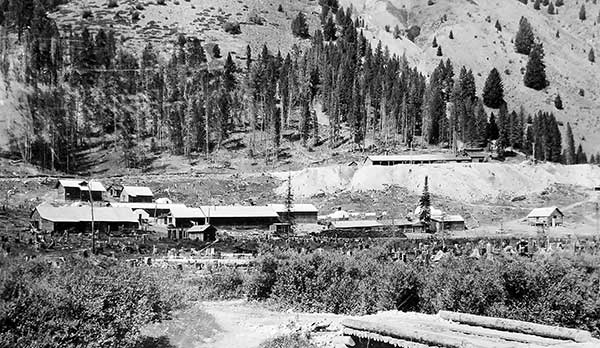 The Stibnite area was prospected during the Thunder Mountain rush (1902-1905) but developed slowly. Some likely outcrops of antimony were uncovered, as were some veins that showed brick-red streaks of cinnabar, the commercial ore of mercury. Many claims were staked; but the severity of the terrain, the tough, snow-swept, below-zero winters, and the long, roadless distance to a source of necessary camp supplies discouraged most people. Pringle Smith and Albert Hennessey were among the few that stayed and worked the area. During World War I, when mercury for the munitions industry was at a premium, Stibnite came to life again briefly. Some mining was done; some flasks of mercury were shipped and marketed. But it was impossible to get needed mining machinery into the mountains and almost impossible to get the mercury out.

J. J. Oberbillig envisioned development at Stibnite. He spent the years between 1921 and 1927 consolidating the small individual claims, sampling, testing, and blocking out ore that would prove the extent and validity of the veins. He interested Fred W. Bradley in the project, and Bradley took over in 1927. Only hand tools had been used for the exploratory work. There was one small cabin on the property and there were only two trails in. One, the Johnson Creek Trail, crossed high mountains and then a bad stretch known as No Man’s Land, and came down Meadow Creek twelve miles to the single cabin. The other trail followed the East Fork of the South Fork of the Salmon River. Neither was easy to travel.

Bradley installed a mountain telephone line to Yellow Pine. During the summer of 1928, packers brought in 385 tons of machinery and equipment with mules, and they were using 75 head in the packing operation by fall. They could make one round trip between Yellow Pine and Stibnite in a day, and they packed in everything: mining equipment, construction equipment, food. In 1928, the Forest Service started building the road from Yellow Pine and got as far as the East Fork bridge. Bradley started building at Stibnite and reached Salt Creek. Meanwhile, George Stonebreaker, a contractor, hauled 85 tons around on the old Thunder Mountain road. Two steam boilers, one for the sawmill and one for the mine air compressor, were hauled by truck to Twin Bridges and then, with trucks pushing and pulling and aided by four mules, up the Thunder Mountain road to Riordan. There they were unloaded, put on skids, and dragged down the mountain to Stibnite. The load had to be anchored at times to keep it from getting away, and much of the lowering had to be accomplished by the use of block and tackle and snubbing lines thrown around tree trunks.

By 1929 motor trucks were replacing the old pack trains, and by 1930 a hydroelectric plant had been installed and mining machinery was switched over to electric power. A small landing field was cleared. Stonebreaker, who held the government mail contract, retired his dogteam winter postal service to Yellow Pine in favor of a new airplane. The dogs had required three days for the trip from Cascade. The plane was handy for carrying both passengers and light freight in and out of the mountains.

In 1931, the sawmill turned out more than a million feet of lumber for mine and building work; the powerplant was enlarged and rebuilt; a public school was started; and an assay office was completed, as were a post office, numerous warehouses, and new cook and bunk shacks. At the mine, a new record for speed in mine-tunnel driving was established: during the month of August, the Monday tunnel was advanced 663.6 feet. The tunnel, in hard granite, was six by eight feet in the clear where no timber was used and seven by nine feet where timber was required. Three shifts of six men each made the record drive, using two machine drills mounted on crossbars.

Yellow Pine had been a mountain wilderness in 1927; by the end of 1931, it was a modern, busy mining community. And in 1936, Arthur Campbell, Idaho State Inspector of Mines, was able to write in his annual report: “This property led the State in the production of gold for 1936…. Supplies are trucked in from Cascade and concentrates are shipped from that point. In winter, transportation is by airplane. The ore is antimony-gold….